After the great success of 2013, Jovanotti returned to the stadium circuit with a powerful, colorful and fun show. It would be simplistic to call it "just" a concert: it is instead a comprehensive spectacle, a major technological production that required a year time to set up, two and a half hours of quality production in which Lorenzo once again showed his spirit of experimentation and fun.

An incredibly big stage in the form of a lightning bolt that seemed to expand and shift dramatically, allowing a perfect view from every seat.

As for the last tour, STS Communication once again handled the video technology, starting with the giant screen, also in the shape of a lightning bolt: 800 square meters of 8.9mm LED, an image of more than 5000 base pixels created by the alignment of 3 Pandora’s Box media servers and custom built masks.

For the live broadcast and content, STS provided full HD portable production unit with 9 cameras and contents management with 6 Pandora’s Box media servers and 2 media players, all of it with active backup to ensure the fluidity of the show.

Lorenzo negli Stadi 2015 started on 20 June in Ancona and concluded on 30 July in Bari, with three consecutive dates in Milan in between, all completely sold out. 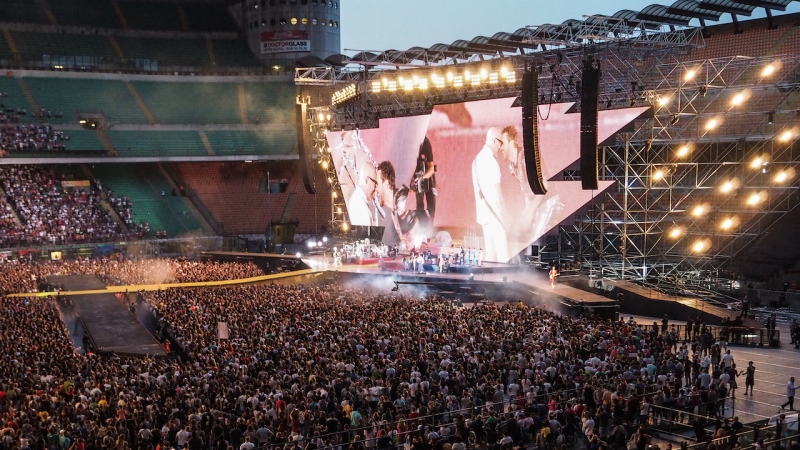 Public at the show and the view to the stage. 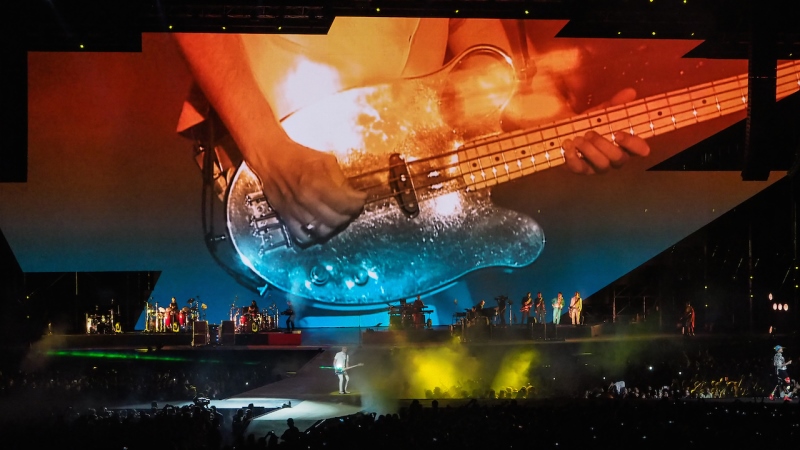 The central LED panel impressive effect in the evening.