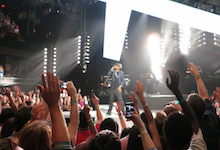 Ben Sheppee of Observatory London was invited to speak at the second PRG Ideas Exchange. This series of events has been designed to delve deeper into the minds of some of the most inspiring people in the events industry, by bringing the best creative minds together for an exchange of inspiring ideas. 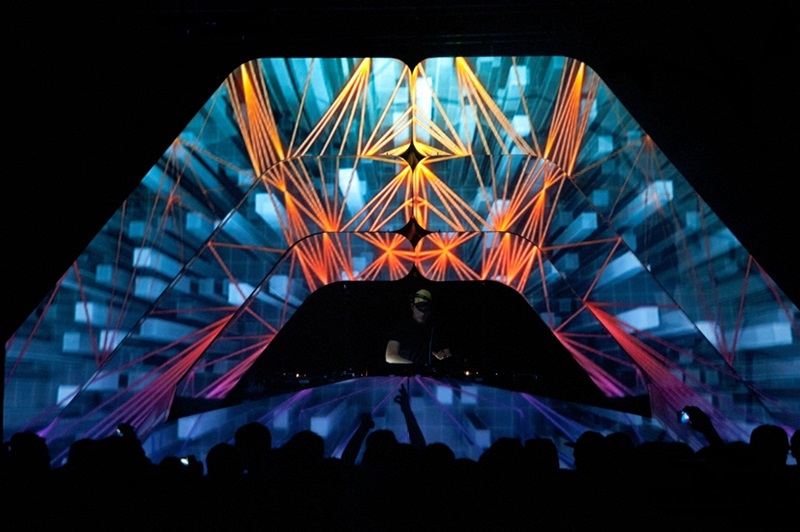 Observatory London is pushing boundaries with visual content by working across visual technologies, to deliver innovative and memorable events. Sheppee explained, “We pride ourselves on being informed creative architects in this ever evolving technical world. We develop concepts, aesthetics and sometimes combine technologies to deliver new experiences.”

Where it all began

Ben Sheppee’s career started with slide projections in nightclubs, whilst he was at Art School in London. He was tasked with blending seven to eight projectors to create collages as backdrops for bands.

It was then that he fell in love, moved to San Francisco and started publishing his work and the works of other artists on DVD. After falling out of love he moved to Japan to break the DVD market there and sign artists. Finding Tokyo inspiring, Ben learnt his business there. Eventually he had published around 240 films by 70 + artists, curating and gaining the skills in art direction.

When DVDs became a dead media, Ben started licensing the art from the DVDs to bands needing video contents for LED setups on stage. The LED setups became more elaborate as the technology became cheaper and more versatile, and this allowed Ben to begin creating custom contents for LED contents. From there his work has grown and diversified from bands to brands and broadcast work. 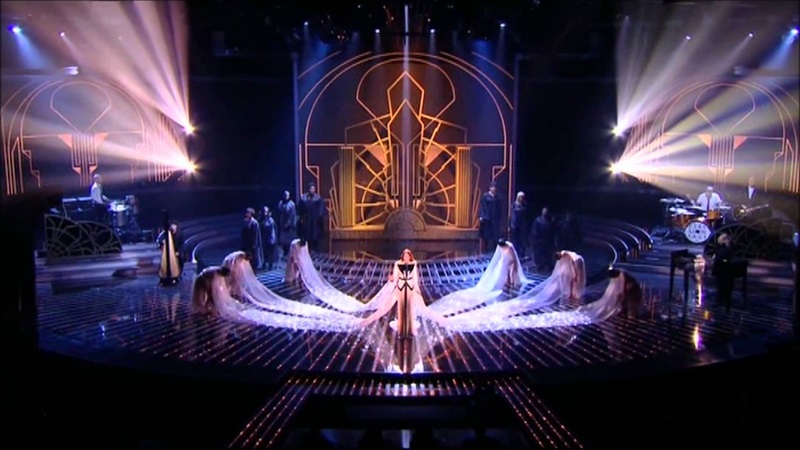 When asked what was inspiring him right now, Ben told us that he recently bought a number of prisms from a science lab that was closing down in Bulgaria. He’s “really enjoying arranging them in different configurations so the light coming through the office window spreads colour across the workstations.”

"The Box" by Bot and Dolly, is a stand out piece that two of Ben’s favourite designers were involved in. There are tricks and techniques in there that he tells us he could watch for days. Check out this video clip for a sneak preview.

There are great examples of inspiring uses of AR and VR right now, too. For example, the “VOID” experience that was recently in Westfields showed how VR can be social, enabling several people to enjoy a VR experience together. For inspiring AR, Ben recommends Fragments as a standout piece.

What does the future hold?

Technology never stops evolving, so we asked Ben what changes we can expect to see over the next 10 years. He said, “10 years is a long time - when I started we were printing to VHS tapes, and now it's about how quickly you can stream your VR experience… but ultimately I think the future is going to be bendy!”

“I was looking at a lot of futuristic designs for a project recently, and I think what attracted me to most images was the long flowing elegant curves in futuristic design. LED is gradually becoming more flexible and seamlessly integrating into surfaces - so that’s my thoughts here. I’ve seen a few applications of LED into clothes and fashion. In terms of larger productions I think we will see a lot more curves and screen shapes that break out of rectangular forms.”

The next breakthrough in the field is likely to be about “technology moving more and becoming transparent, or at least more seamlessly integrated into objects and set design.” Sheppee gives the example of Miley Cyrus, who did a moving projection mapping piece with Black Trax which is still fairly new territory. It’s likely that this style of projection mapping will gain a lot of ground over the next few years. Transparent screen technologies are also one to watch; Sheppee hopes that these kind of things will breakthrough to the mainstream market in the near future.

We asked Ben about his proudest moment in his career to date. He told us that his work with Intel through the Agency Enterstice in Paris was right at the top. Whilst Observatory London isn’t just a projection mapping company, these projects just seem to resonate with him and hold some of his fondest memories.

Another proud moment was the animated dress for Franck Sorbier - work which was completed during quite early days in projection mapping. It was one of those breakthrough projects that still pops up. Sometimes clients send us this work as a reference not knowing we created it!

Ben was also behind the original tennis court mapping, which was revolutionary at the time. Since then it’s been used by a wide number of other companies, but Ben says “you know you’re doing something right when people copy your ideas!”

The PRG Ideas Exchange is a monthly, invite only event. If you want to find out more about this and what PRG could do for your next event, whatever its size, talk to John Montague or Andy Johnston.