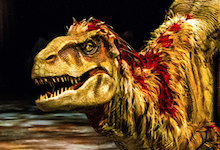 Dinosaurs are once again roaming international soil, as the globally-acclaimed production, Walking With Dinosaurs – The Arena Spectacular, returned this year.

Watched by over 9 million people in more than 250 cities around the world, Walking With Dinosaurs – The Arena Spectacular, opened its World Tour in the UK in July before embarking on an international tour, taking over arenas across Europe, including Hungary. 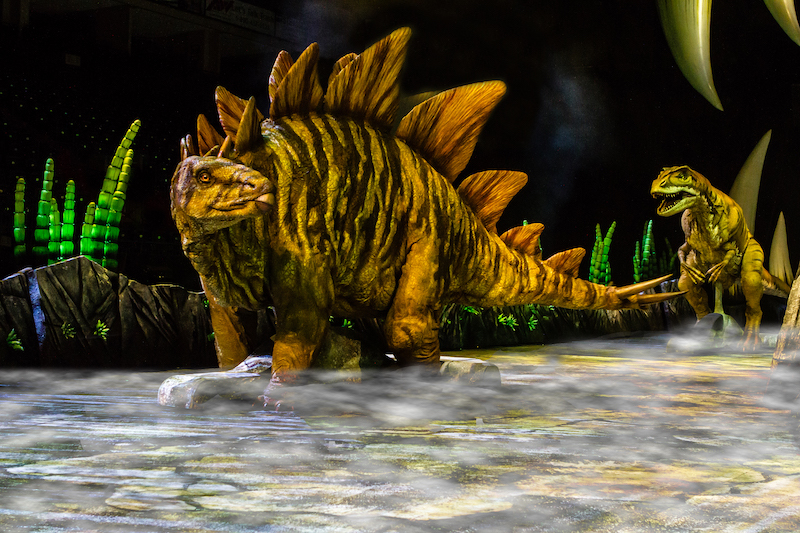 The $20 million production features updated, state of the art technology, underlining its position as the biggest and best dinosaur show in the world.

The one-hour, 40 minute show depicts the dinosaurs’ evolution with almost cinematic realism. Walking With Dinosaurs – The Arena Spectacular has scenes of the interactions between dinosaurs, how carnivorous dinosaurs evolved to walk on two legs, and how the herbivores fended off their more agile predators. 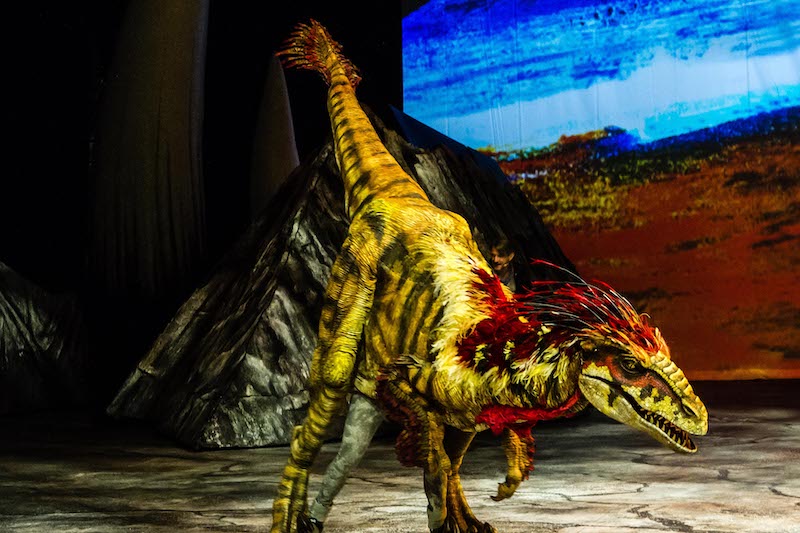 Nine species are represented from the entire 200 million year reign of the dinosaurs. The show includes the Tyrannosaurus Rex, the terror of the ancient terrain, as well as the Plateosaurus and Liliensternus from the Triassic period, the Stegosaurus and Allosaurus from the Jurassic period and Torosaurus and Utahraptor from the Cretaceous period. 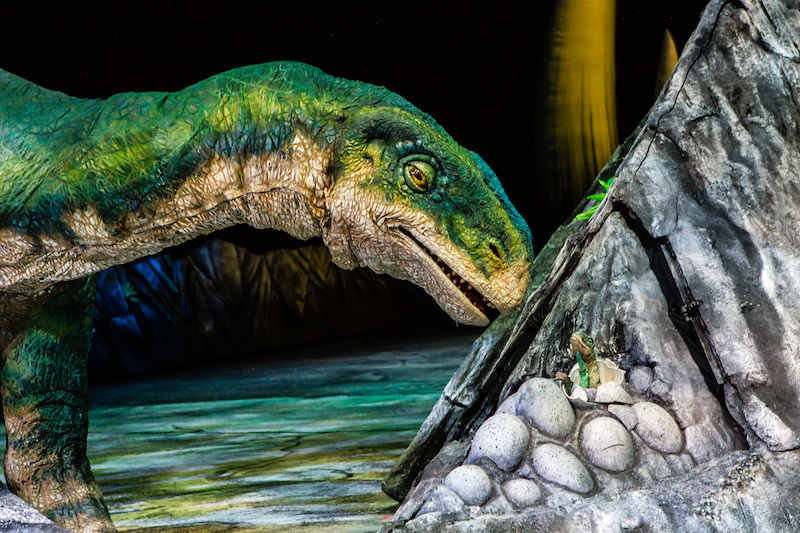 The largest of them, the Brachiosaurus, is 11 meters tall and 17 meters from nose to tail. It took a team of 50 – including engineers, fabricators, skin makers, artists, painters, and animatronic experts - a year to build the production.

The final tour differs from its predecessors in that the upstage is now comprised of LED lights, rather than the projection which had been used previously. That means the audience enjoys a far brighter, more vivid set of images. Not only that, the setup time for each show is much shorter.

The Walking with Dinosaurs Live screen is driven from a main/redundant pair of Catalyst media servers. There are also side projection I-Mag screens (Barco), fed from a small PPU (with Sony system and Panasonic PTZs). 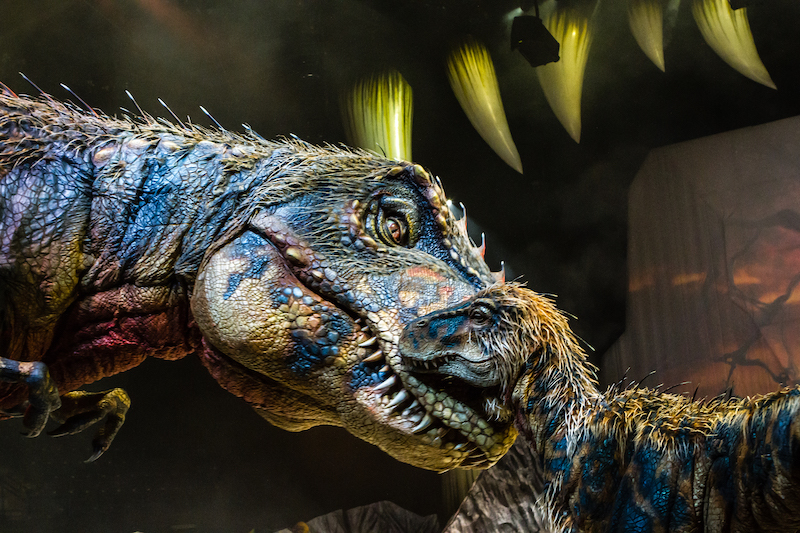 A team of two PRG crew members, Noel Wyatt (Cameras and Projection) and Cedric Vandepitte (LED and Servers) are working on the production, together with Robin Haddow, who programmed the Catalyst media servers. 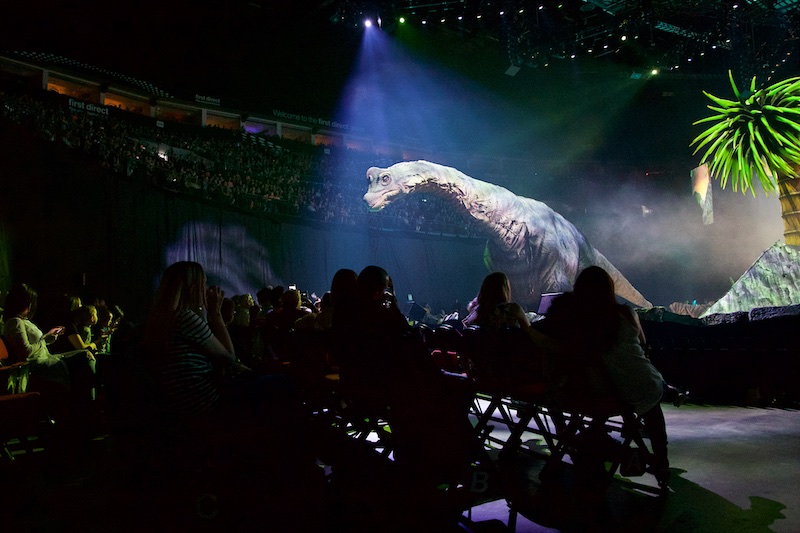 The biggest challenge on this project has been fitting everything into the arena spaces. So, in order to facilitate the tour, we’ve had to remain incredibly flexible, assessing each show on a venue by venue basis.

James Morden, PRG Video Systems Designer said: “To facilitate this tour, we have to be very flexible… Other challenges are getting the camera shots we need, without the technology being too visible in front of the audience, so as not to remind them of the technology delivering their experience.” 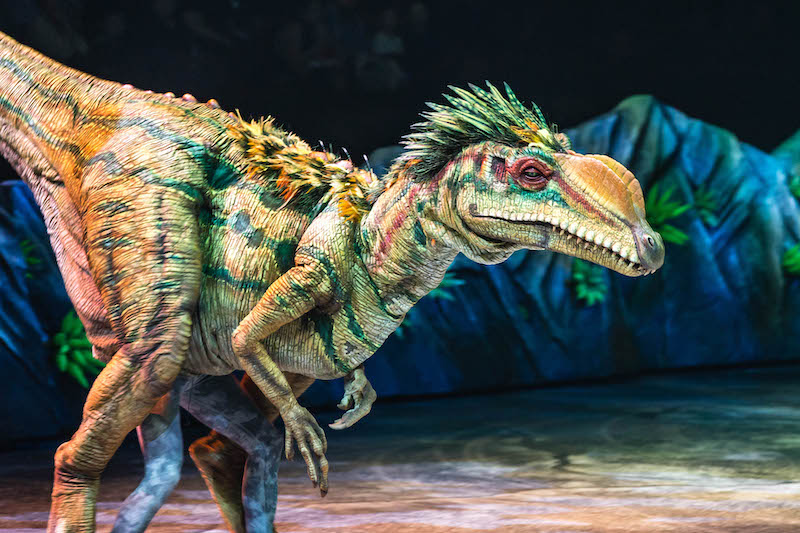 So, our team has ensured that all tech used remains hidden to the audience, to create the most realistic special effects possible. Our camera equipment has been in hiding; we wouldn’t want to steal any attention away from those incredible dinosaurs on the stage!

The all-important dinosaurs are operated by three people, with each one weighing in at 1.6 tons! These impressive creatures are supported by the forces of the sound, lighting, audio and production teams, which all combine to make this a show that audiences will never forget. 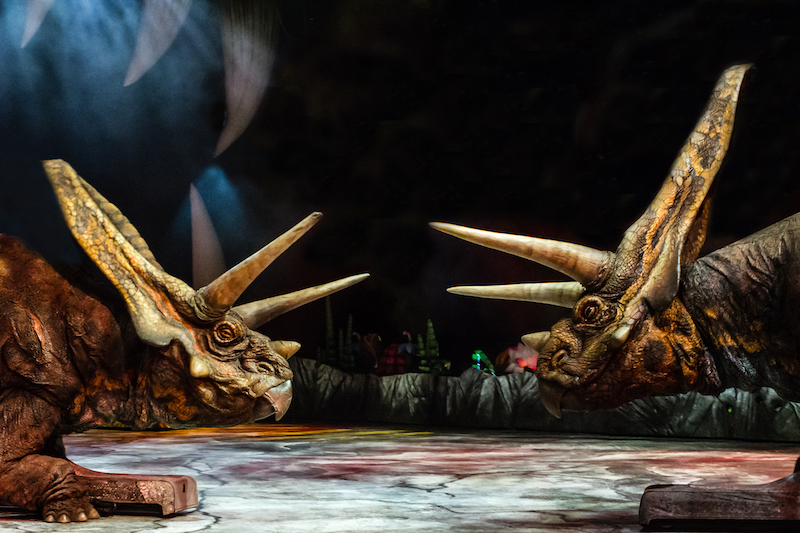 The Walking with Dinosaurs Live tour has proved a phenomenal success. Its popularity stems largely from the 1999 BBC series which inspired it. And now, thanks to the brilliant event tech available, the brilliant TV show has been brought to life before audiences’ very eyes. The show appeals to children and big kids of all ages, from three to 103.

James Morden explained: “The technical success is very much on the creatures themselves, with the other departments adding to the setting to make the dinosaurs ‘more real’. Ultimately, this show is about suspending your disbelief, so that you do believe that the dinosaurs are real and stood in front of you.” 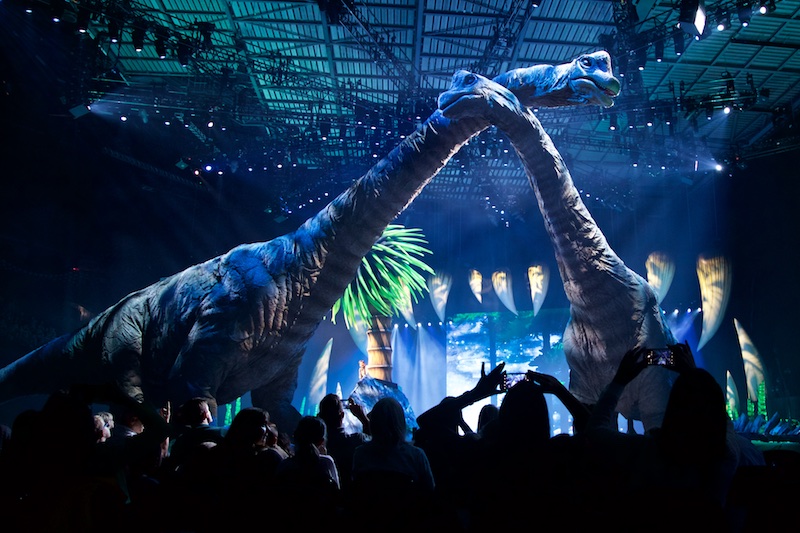 We’re looking forward to continuing the magic into 2019, working with WWD and Nick Grace Management. Walking With Dinosaurs The Arena Spectacular takes over Budapest Arena, from April 19-21, 2019.

To learn more about what PRG could do for your next event contact us.