February was Black History Month, and in honor of it, we put the spotlight on Black innovators who paved the way for modern technology in the entertainment industry. These incredible contributions have deeply influenced the modern technology we depend on today for communication systems, content creation, animation, audio and so much more. 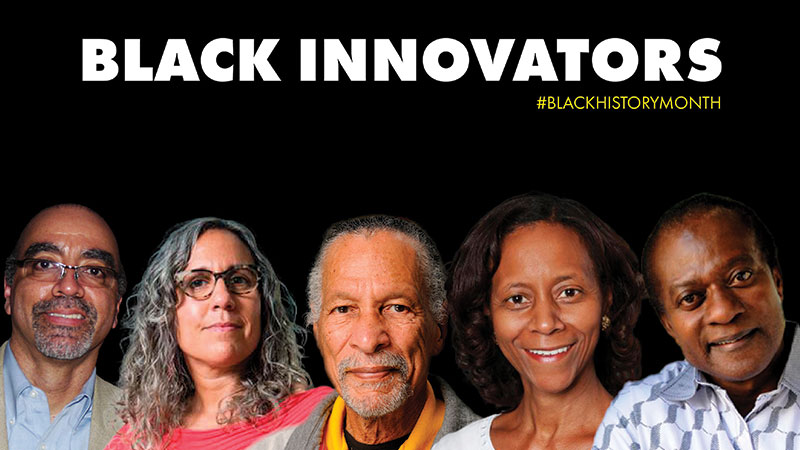 Dr. Marc Regis Hannah
Dr. Marc Regis Hannah, born in 1956, is an electrical engineer and pioneer in the field of computer graphics. He co-founded Silicon Graphics, Inc., in 1982 and went on to design the processor that vastly improved 3-D image manipulation. Dr. Hannah’s special effects system went on to power the technology behind blockbuster films such as Jurassic Park, Terminator 2 and Field of Dreams, to name a few. His programs have been used in commercial work and the opening scenes for Monday Night Football, and he partnered with Nintendo to create the early architecture of the breakthrough Nintendo 64 gaming system.

Lisa Gelobter
Lisa Gelobter has pioneered Internet technologies that have been used by billions of people. In fact, you probably appreciate some of her work on a daily basis (we know we do). Named one of Fast Company’s Most Creative People, she was adamantly involved with advent of Shockwave, a technology that formed the beginning of web animation. Shockwave later laid the groundwork for the technology behind GIFs and Gelobter went on to play a major role in the emergence of online video serving on the management team at Hulu. She led Technology, Product and Business Operations at BET Networks and most recently worked at the White House serving as Chief Digital Service Officer for the Department of Education.

James West
James West was born in 1931 and throughout his life has championed for science and technology education for minorities and women. He has over 250 patents to his name and at the age of 89 is still actively inventing. In 1957, while working at Bell Labs Dr. West and fellow scientist Gerhard Sessler developed an inexpensive, compact and highly sensitive microphone. Today their technology is industry standard, with use in 90% of microphones including use in telephones and sound and music recording equipment.

Dr. Marian Croak
Wifi and internet phone calls are a way of life -- especially these days. Businesses and individuals rely on technology behind VoIP, or Voice Over Internet Protocol, daily but many don’t know that a Black woman was behind its invention.

Dr. Marian Croak is credited for creating the technology for VoIP, which allows for the delivery of voice communication and multimedia over IP networks, such as the internet. She holds over 200 patents and has pioneered the use of texting to make it easy for the public to donate to crisis appeals and worked on the text-to-vote system used on American Idol®. Dr. Croak was inducted into the Women in Technology Hall of Fame in 2013 and is now Vice President for site reliability engineering at Google.

Victor Lawrence
Victor Lawrence was an electrical engineer known for his work in global telecommunications. His contributions made high-speed connections more available and paved the way for many developments in broadband, DSL, HDTV technologies and wireless data transfer. His work has advanced data encoding and transmission, modem technology, silicon chip design, ATM switching and protocols, speech and audio coding, and digital video.

There are so many more Black innovators who helped us get to where we are today, and as an ongoing commitment to Black voices, we at PRG are focusing efforts to celebrate the achievements of people of color, all year round.