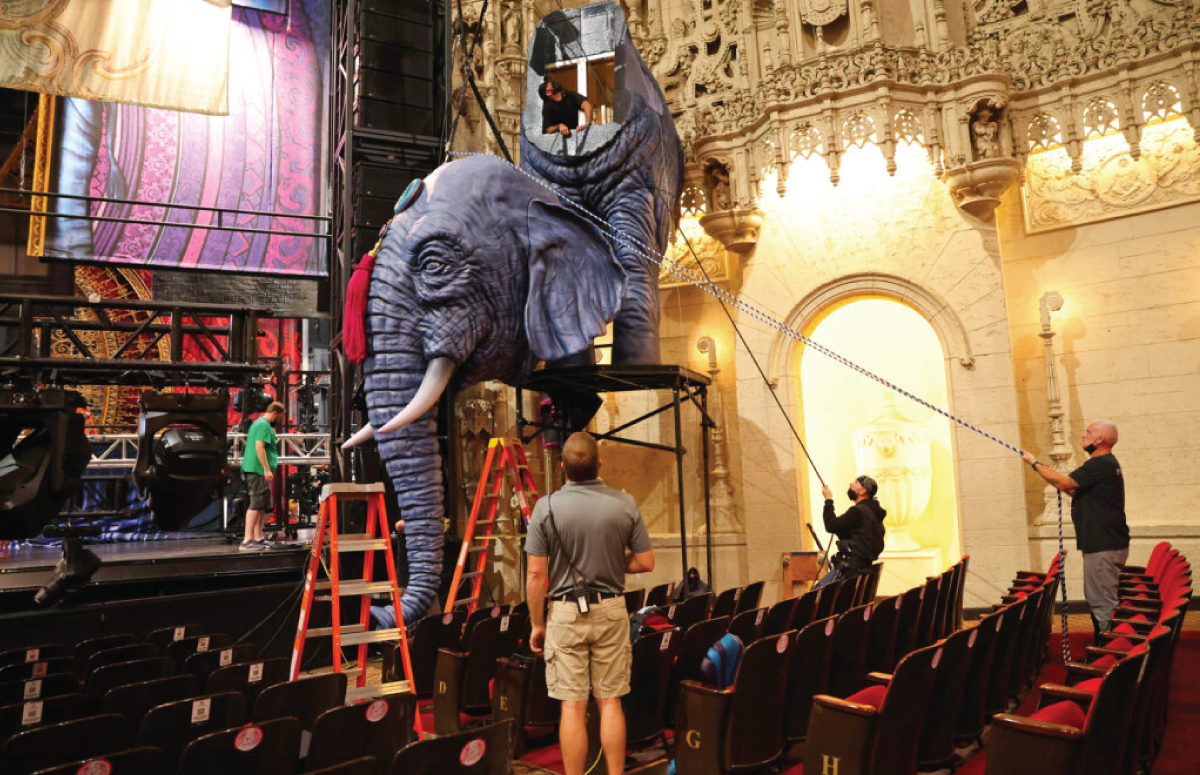 When Derek McLane looks back at 2019’s Broadway premiere of “Moulin Rouge! The Musical,” he recalls that it took an arduous seven weeks to load the gargantuan set into New York’s Al Hirschfeld Theatre before the show’s first preview.

To bring the production to San Francisco, BroadwaySF got four days.

“There’s a lot going on, and trying to get everybody focused at the start of the call can be tricky,” BroadwaySF Director of Production Kim Fisk said on Tuesday, Sept. 6, during the second all-day shift at the Orpheum Theatre that involved coordinating about 70 crew members. “Their heads were spinning a little, but everybody kicked into gear and they all knew their jobs. It just happens, and it’s quite amazing to watch.”

“Moulin Rouge! The Musical,” adapted from Baz Luhrmann’s 2001 jukebox film starring Ewan McGregor and Nicole Kidman, landed in the city earlier this week for its two-month run — longer than a typical BroadwaySF stop — that kicked off with a preview Thursday, Sept. 8.