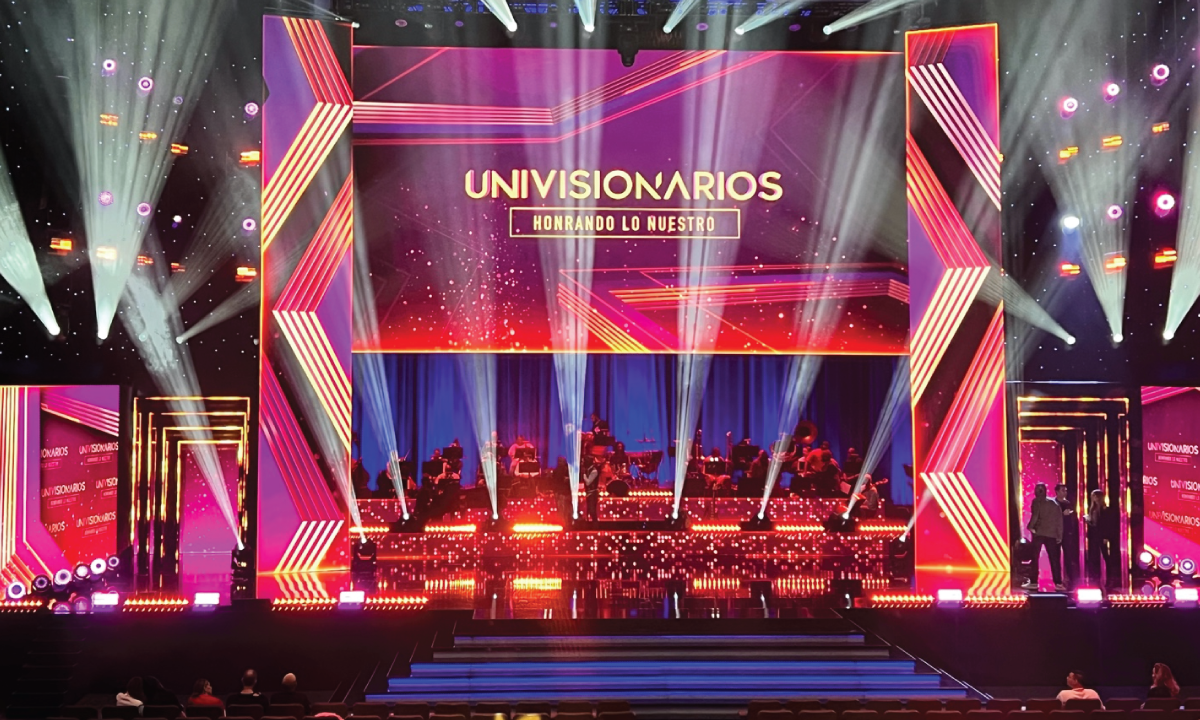 “We chose the Robe 1200 washes for their robust and powerful washes of color on the audience floor, while the GLP X bar 20’s were lined out the downstage edges and band risers to create camera eyecandy with their pixelization capabilities and movement,” explained Garcia.

Garcia noted that the Ground Control Follow Spot System and Robe BMFL Profile spots were used to get around restricted house follow spot angles for the camera shots on stage. PRG Icon® Edge fixtures were selected for their color mixing capabilities and as an all around hybrid unit with strong beams, while the GLP JDC 1’s were used for their very attractive pixel mapping and strobe features.

The stage design was minimalist in nature, based around a large central screen that showcased the work and contributions of those being honored that evening. The arrangement of the LEDs created an implied proscenium, framing a 30 piece orchestra with LED fascias for the music stands.

“Maximizing the venue's space, stage entrances were incorporated on both sides that resembled tunnels assembled with HD blades and additional LEDs. This provided a unique entry point for the evening's host, and presenters,” explained Dominguez. “The outside of the stage was bordered with walls of lights against an LED stardrop that complimented the venue's existing ceiling stardrop.”

Appropriately airing during Hispanic Heritage month, UniVisionarios is a Univision Noticias initiative that celebrates Hispanic community leaders in the United States and their contributions to the community. The ceremony creates conversation around scientists, entrepreneurs, educators, artists, and advocates, and how they play a vital role in the Hispanic cultural landscape.
See the full equipment list below.