We have opened a new virtual production studio in San Fernando! PRG Virtual Production Studio, Los Angeles replaces the company’s two separate studios in the LA area with a significantly larger stage and a more advanced suite of features, including extended reality capabilities; PRG Enhanced Environments including car process; green screen playback; standard playbook shoots and more. The studio offers 4,300 sq. feet of space for pre-recorded and live content at any scale, from a livestreamed corporate presentation to a dynamic music video featuring an immersive virtual set - all within COVID guidelines.

“PRG responded to the demands of production during the pandemic by finding new ways to create and bring to life the vision of musicians, cinematographers, and our corporate clients,” said Jere Harris, Chairman and CEO of PRG. “Virtual production is one of the most promising and significant recent innovations, so we’ve expanded our flagship studio.”

PRG’s Virtual Production Studio features an xR Stage, designed to provide full control over both lighting and filmed scenes with real-time visualization and full broadcast capabilities. This cutting-edge workflow and technology can be applied to everything from award shows to corporate events, music videos, livestreamed concerts, or commercial shoots. 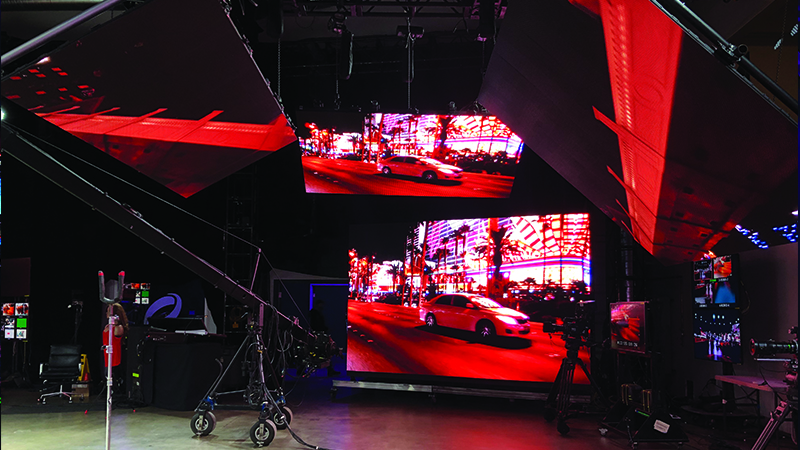 “One of the most important features of our new studio is the stage floor which is 992 sq. feet – more than 70% larger than our previous stage,” said Jeroen Hallaert, PRG’s Vice President, Production Services. “The depth beyond the stage means cameras can pull back for wide shots. A lot of virtual production and xR have been done using tight shots. Now we’re seeing clients wanting to go wide and not all studios are big enough to accommodate.”

The large space can fit bands and dancers and can easily handle car process as the studio features flexible LED ceiling panels, floor and walls and a large entrance that a car can be driven into and can accommodate large set pieces. Additionally, PRG offers four different camera tracking systems in the studio including Ncam® (for lower budget xR projects), Stype (for full xR), Optitrack (for motion capture capability), and BlackTrax (for performer tracking). The xR workflow includes Disguise Media Servers, BARCO E2 Image processors, Notch, and Unreal – which combine to allow real-time rendering of graphics and environments.

“We have facilitated a variety of productions from performances using xR and 3D interactive environments, pre-recorded and live broadcast TV shows, commercials to product launches,” said Hallaert. “Beyond the most advanced gear, we can provide technicians that have the expertise in content, lighting and tech to make projects happen.”

In addition to the Los Angeles Virtual Production Studio, PRG has Digital Studios in Chicago, Las Vegas, Nashville, New York and Orlando. Across the Atlantic, PRG has Digital Studios in Birmingham, Brussels, Dubai, London, Madrid as well as Virtual Production Studios in Hamburg and Paris. These environments were similarly created for both pre-recorded and live content for digital events and built for safe, efficient production at any scale. 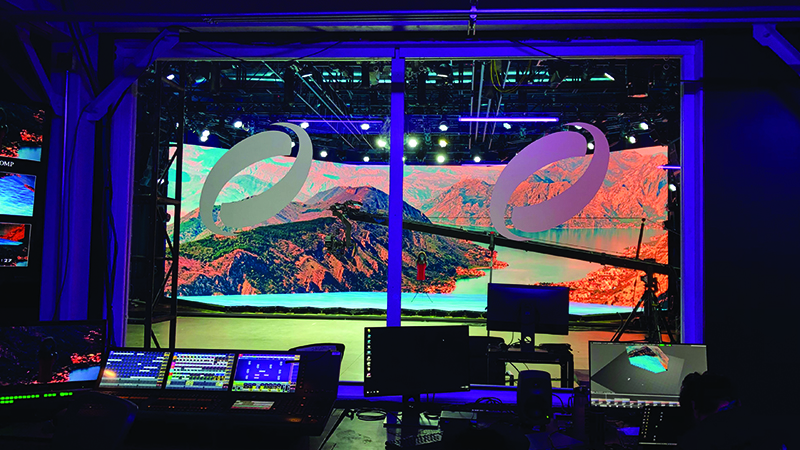