In every election cycle since PRG’s founding, the company has played a role in the major events of both political parties, culminating in Inauguration Day. “It’s a true point of pride of the PRG legacy,” said Jere Harris, PRG Chairman and CEO. “Even if smaller in scale than in the past, our participation this year was made all the more meaningful in light of the safety and security challenges involved.” The company was called upon to contribute lighting, scenic, networking, camera, broadcast and gear rental to 2021’s historical event.

In a ‘normal’ inaugural, the company would be activating technology and teams across Washington at balls, concerts, remote viewing areas and more. “Obviously, this year’s program has been sharply curtailed,” explained Harris. “But imagination and the desire to create connection were on full display, as were PRG’s expertise and diversity.”

Some highlights of PRG’s participation:

On the evening before Inauguration Day, the Presidential Inaugural Committee (PIC) hosted a memorial to honor Americans who lost their lives to COVID-19. PIC described the event as ‘the first-ever lighting around the Reflecting Pool.’ “PRG realized the overall creative vision, developed by Bruce Rodgers of Tribe Inc., as well as the lighting design by Bobby Dickinson and Full Flood,” Harris said. “Our work included the fabrication of the 400 monoliths at the heart of the project. We take great pride in having contributed to this moment of remembrance and to have its beauty and dignity so widely praised by commentators and social media audiences." 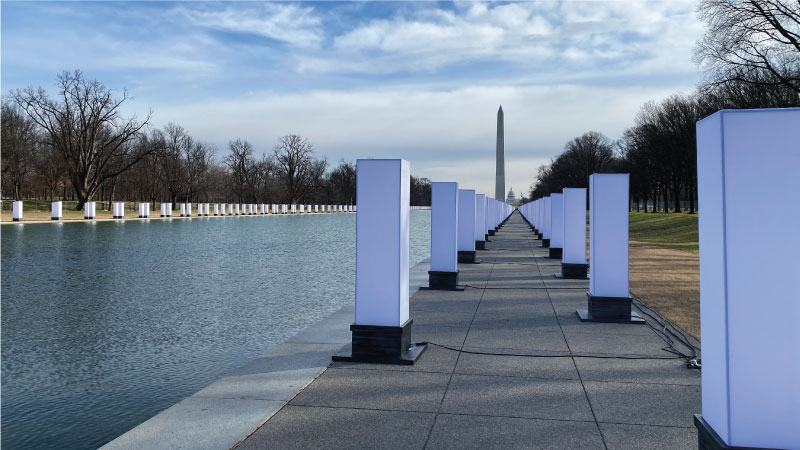 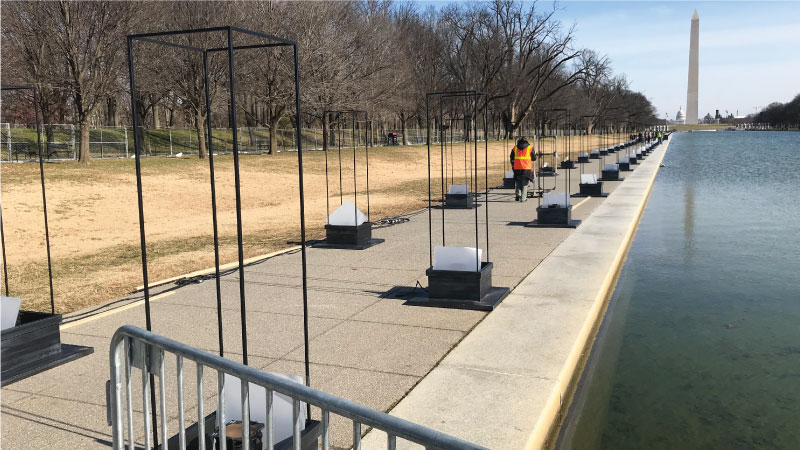 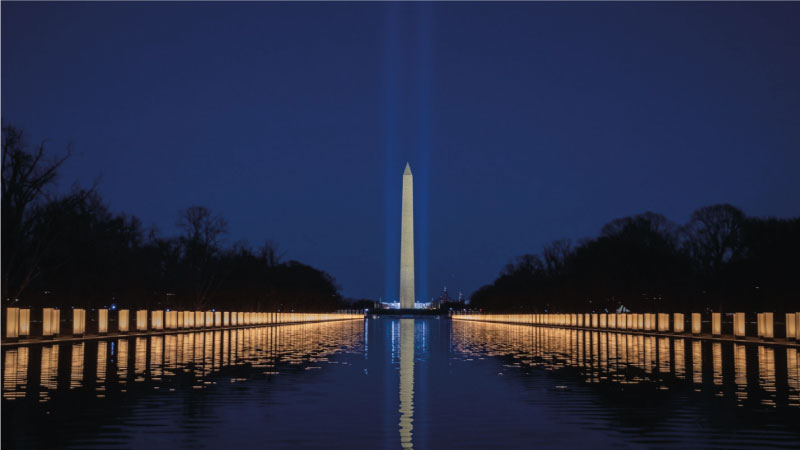 We proudly provided 17 cameras and correlating equipment to events throughout the day in partnership with our clients, Castle Point Partners LLC, The JCCIC and Showcall. 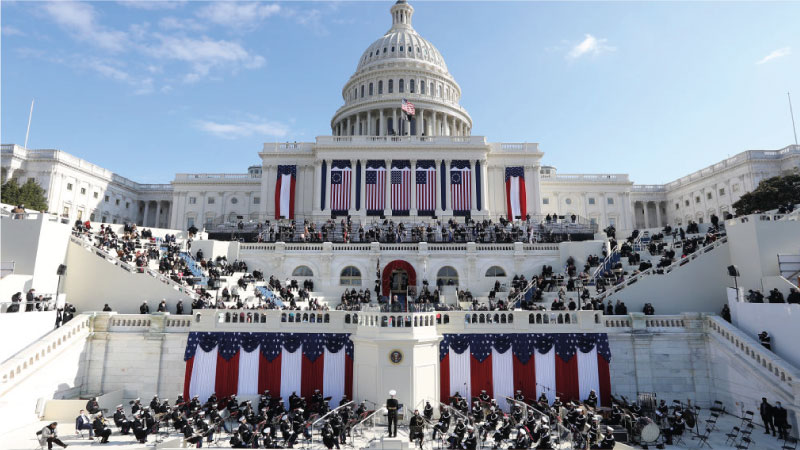 Other inaugural activity consisted of flypacks for CBS News, while PRG Gear supplied lenses to ABC News. Beyond the beltway, PRG helped the California State Society transition their inaugural luncheon to a virtual event with livestreaming, video-editing and graphic design services.

The inauguration brings a sense of optimism and hope that we can overcome our differences. “It reminds me that, in our own company, people with wide-ranging political beliefs come together every day because we love what we do, care for our co-workers and see the greater good in putting on the show,” said Harris. “We focus on what’s possible and how we can achieve it. That mindset is needed across the country now.”

It’s a proud moment for PRG, and we wish every success to President Biden, Vice President Harris and all of our elected officials in federal, state and local government. 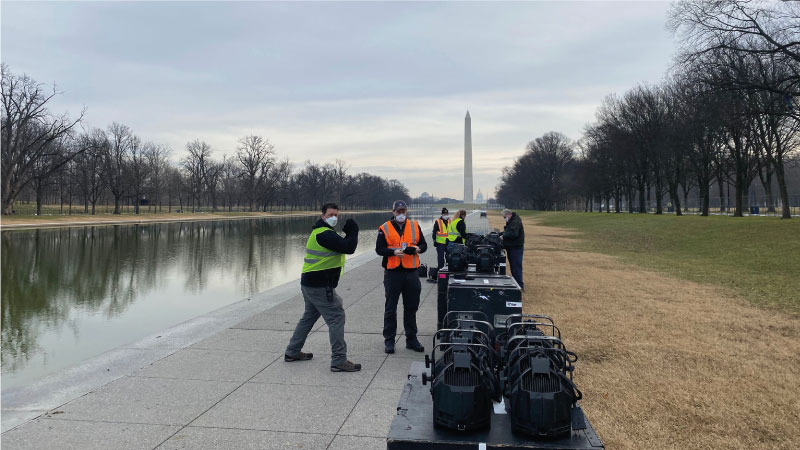 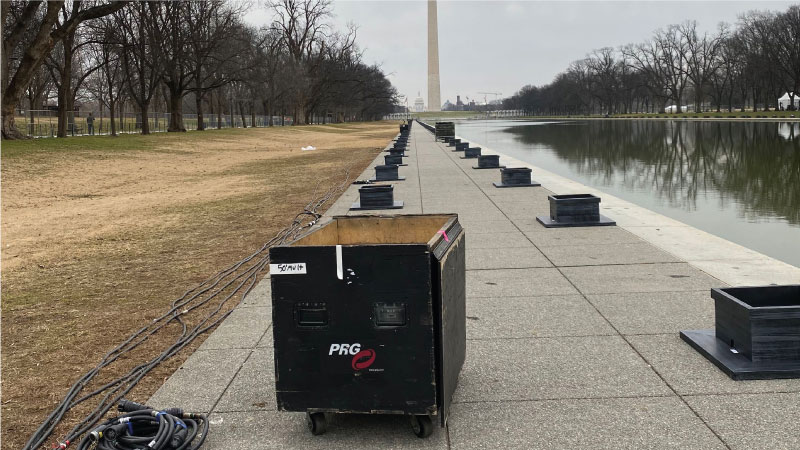