**THE Hub is NOW CLOSED** The Hub was a temporary studio space. PRG continues to offer our full suite of production services from our Toronto office.

One of Toronto's most iconic live music venues was shut down due to the pandemic, but now the Opera House in downtown near Queen and Broadview has been transformed into a fully equipped broadcast and content capture studio. Partnering with Lemmon Entertainment, PRG provides equipment and handles technical direction for the space, simply called THE HUB.

THE HUB is intended for musicians, influencers, content creators, corporate events, conferences, concerts and livestreams, and can accommodate a range of productions from comedy to TV shows, meetings, info sessions, product launches and fashion shows. The Opera House is more than a century old and was renovated with a 44-foot stage and a proscenium over 18 feet, creating a beautiful backdrop for livestreams and shoots. The main stage serves as the primary spot for content capture with an LED wall that measures 13 by 32 feet and an expansive lighting rig, along with a team that can transform the space to suit any needs.

With more than 70 moving lights from PRG and a design by Curtis Leroux of Ultraviolet Design, the space is ready to go and can accommodate a range of looks. The studio also comes with a full HD camera package that can be augmented to suit any project, with the ability to be sent to a wide variety of streaming platforms.

The dressing rooms have also been upgraded to create safe, socially distanced spaces for talent to receive hair and makeup and relax between sets or taping.

THE HUB launched on March 13, a year after Toronto went into lockdown and concerts were cancelled for the foreseeable future. “Canadian venues have been closed for a year now, so the timing of this is meaningful for the local production community,” says Erik Paquette, technical director of THE HUB and PRG account executive. “We’re the first live venue in the city that’s been converted into a studio to serve our production community, and we’re excited to support Toronto with top-of-the-line gear and services.” 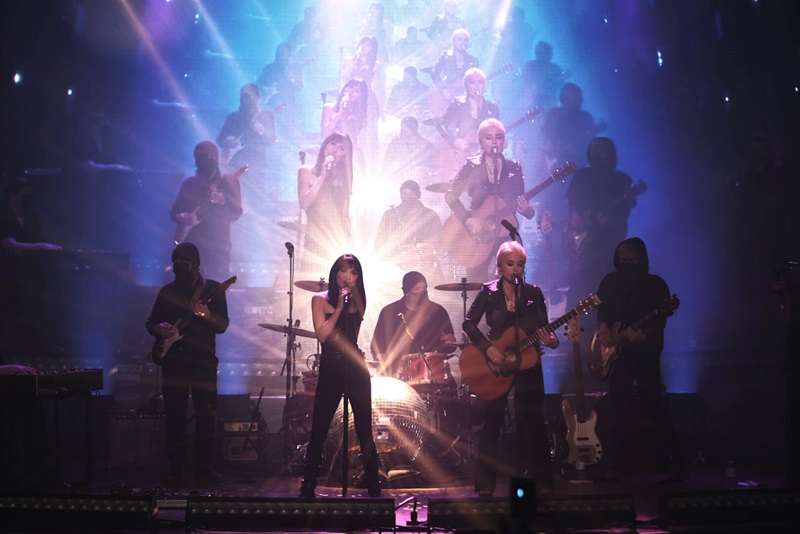