Mbox Player is a media playback application intended for use as single-source playback for video, still image, and text content, including support for audio playback. Media clips are selected for playback using a streamlined user interface that allows clips to be sequentially linked with cuts, crossfades, and delays. Mbox Player can be used with content and output up to and including 4K and allows for synchronized triggering across a network.

Three versions of the Mbox media server software are available. Mbox Designer includes every 2D and 3D feature for ultimate power and flexibility. Mbox Studio scales back on the number of playback layers, pixel mapping limits, and 3D capabilities but still has every feature that most users will ever need. The Studio+ license upgrade allows existing Studio users to expand several core capabilities of the Studio software. Mbox Mini retains the core feature set for 2D content playback and manipulation, but reduces complexity by limiting features and eliminating most 3D elements. All three versions can be freely downloaded for testing (with only minor limitations) before purchasing a license.

Mbox Designer supports 24 layers for playback, Mbox Studio and Studio+ support 12, and Mbox Mini supports 6. All layers can be displayed simultaneously and can be any combination of 2D textures and 3D objects. All three versions of Mbox have the ability to transition between different content on the same layer: making Mbox Studio’s 12 layers the equivalent of 24 layers on other servers! Mbox has the power to handle 4K playback and output and provides a substantial array of play modes and effects. Pixel mapping and image remapping tools are included. Built-in keystone, warp, and simple projection mapping allow for projection setups on both standard screens and 3D scenic elements.

The other applications in the Mbox media server family – Mbox Director and Mbox Remote – work seamlessly with the Mbox media server software. Used together, Mbox Director and Mbox Remote can configure and control all aspects of the Mbox server – configuration, content synchronization, monitoring, and playback – thereby eliminating the need for a lighting console.

The core concepts of the Mbox software are ease of use, speed of programming, and flexibility. The UI allows for fast, flexible, and intuitive setup for all aspects of the software, including outputs and mixes, image remapping, and pixel mapping. 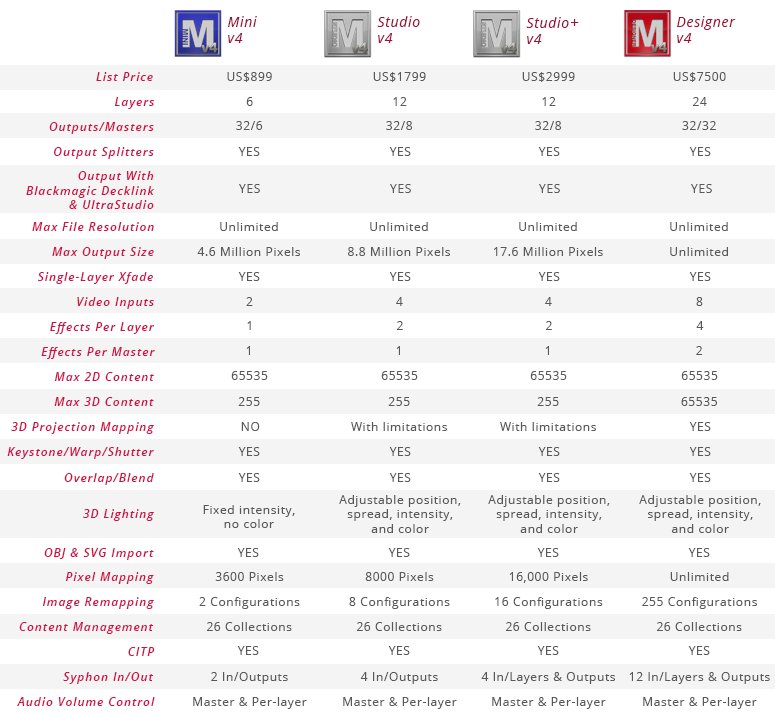 The Mbox software is compatible with macOS versions from 10.10 Yosemite to 12 Monterey, and with both Intel and Apple Silicon processor computers. While the software is not yet native to Apple Silicon processors, a universal version is in development. For evaluation purposes, the Mbox software will run in demo mode until a license is purchased. We always recommend testing the software on your computer prior to purchasing, as hardware can have an impact on performance.