PRG OverDrive is a creative solution that brings a scripted location in television or film to any stage in the world. It saves production time and money while offering directors more on-set creativity, like the ability to change locations with a push of button or instantly shift scenes from a day to night sequence. Using this technology removes traditional obstacles location managers and directors face, such as closing streets, weather delays, obtaining permits, hiring police escorts as well as costs associated with multiple location moves. OverDrive can also light the set and actors within video while producing an organic in-camera visual effect. The controlled environment also allows the director to more easily interact with the actors who can more readily respond in a location they can actually visualize.

By engineering in-camera imaging tailored to the specific needs of any production, the illusion of actors and static vehicles actually in their media-chosen environment is created. PRG’s team can engineer, provide and install multiple LED resolution panel arrays and projection systems displaying driving plate footage based on input from the production’s creative team. OverDrive is controlled on set from PRG’s media playback servers, creating a truly interactive and immersive environment. 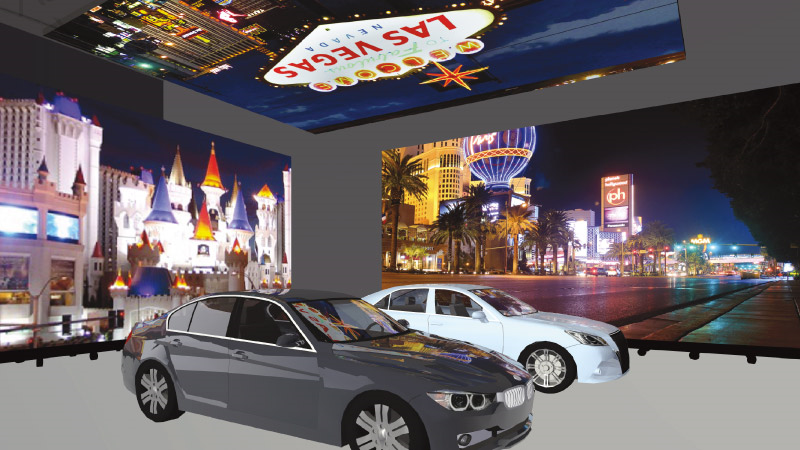 While this is the latest technology used primarily to replace traditional car process trailer sequences, PRG already has tremendous experience in engineering and executing this solution for many productions, including:

To leverage the full value of PRG OverDrive, consider these seven questions while planning a production:

1.) Does the production only require the reflection of media playback from LED arrays on the surfaces of the vehicles surrounded by green screen, or does it require projection and LED array walls in-camera to replace green screen and capture all environments simultaneously? The second option offers more creative control on set while saving time and money.
2.) What is the type or size of the vehicle(s) that will be placed into the projection/LED interactive lighting set-up?
3.) Are there storyboards illustrating camera angles of these shots? PRG’s engineering team will need to determine the overall dimensions required for each LED array wall.
4.) Stage dimensions. Does the stage have existing truss structure?
5.) Which camera(s) and lenses will be used?
6.) What are the frame rate(s)?
7.) Will the ground-supported LED walls need to be mobile if the LED walls are in-camera? 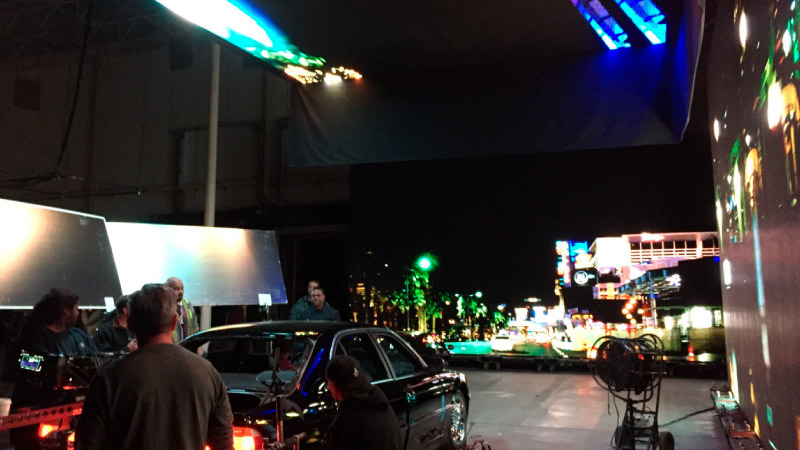 Before creating a sequence with PRG, all the plate shots will need to be prepared before shooting starts. To begin, capture, color correct and edit all plate shots prior to ingesting in our media server for playback on set. The higher the frame rate the plates are captured, the smoother the images are displayed, should we agree to slow down during playback. After the plate shots are captured, editorial will need to start clips in the same scenes at the same time, saving production time. They should all be in the ProRess 422 LT or ProRess 422 codecs with less than a 150 Mb/s bit rate. Finally, the naming convention for the folders should be Folder Number.SceneNumber, starting at 101. For example, all clips associated with Scene 20 would be in folder 101.Sc20. Likewise, the naming convention for files should be FileNumber.SceneNumber_CAM, starting at 001. For example, the individual files in the 101.Sc20 folder would be 001.Sc20_Forward002.Sc20_Rear003.Sc20_Left. 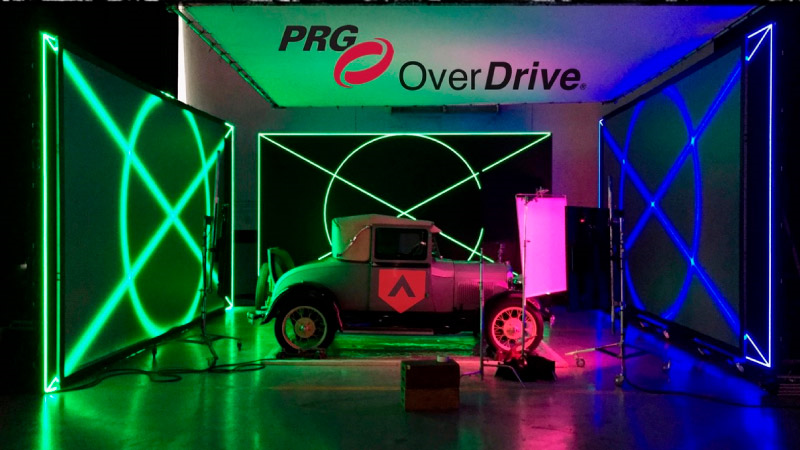 With any production, the key to collective success, both creatively and budgetary, is to begin the planning and engineering as soon as possible. Contact PRG today to discuss using the OverDrive Interactive LED Lighting solution.