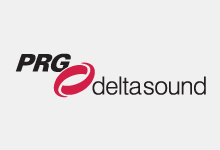 PRGdeltasound has invested in 48 channels of Shure’s Axient Digital wireless quad receiver through NMK Electronics as part of a continual effort to increase its show inventory. The purchase is complemented with ADX1, AD1, ADX2/KSM9 and AD2/KSM8 TX bodypack and handheld transmitters in addition to three AXT600UK Axient Spectrum Manager systems.

‘We work on a lot of shows now that need high levels of redundancy, so the ADX1s and ADX2s dual frequency, along with the Showlink and Spectrum Manager, enable us to scan and have frequency backups for single artists on the same unit,’ commented PRGdeltasound’s director of projects, Al Woods. ‘Our clients are becoming more tech savvy and understand the implication of a single point of failure. RF is no exception and currently no other manufacturer really offers a system with such redundancy.

‘Now when we double pack people with ADX1, we not only have redundant hardware but the ability to frequency hop within each pack,’ he furthered. ‘The scanning system and the way that the Showlink works is also pretty cool, while the systems are never in the office which is also great from a business perspective.’

‘The existing RF wireless spectrum is becoming more challenging day-by-day and the most efficient way to combat this is by adding a Shure Axient Digital System; we are overwhelmed with the response that the Axient system has received across the Middle East,’ stated NMK’s Shure product manager, Shajahan K.K. ‘It is without question becoming the industry standard and clients are acknowledging the benefits that the Axient system brings to their shows and productions.’

The PRGdeltasound complete Axient system was recently deployed on some very successful high-profile large events. ‘We have a really good business relation with NMK Electronics and their support, which is integral in this region, is great,’ concluded Woods. ‘Unlike other regions, technical requirements can be very last minute and reactive, so flexibility and prompt reaction time is something we love about NMK.’