PRG UK was honoured to be able to provide its industry-leading technical expertise to supply video technology for the 50th Anniversary of Centrepoint - the UK’s leading youth homelessness charity. The celebratory live music event welcomed it’s Director His Royal Highness, The Duke of Cambridge, along with many leading figures to experience live music from a selection of musicians and artists, who performed to the attending Royals and an audience in the thousands that attended the Roundhouse to support the prolific charitable cause.

Video Account Manager Nilkanth Patel worked alongside the production team to provide his expertise to ensure that the video equipment specifications and relevant supporting technology provided, met all of the artists' on stage requirements while taking into account the size and performance space of the Roundhouse venue. 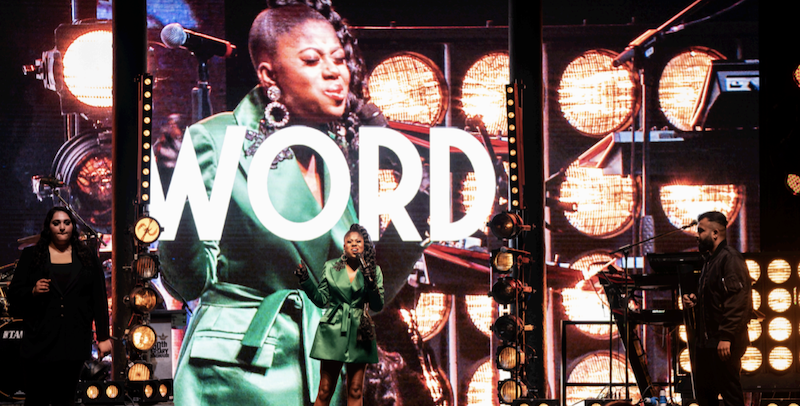 Inset: A total of 102 Sqm LED screen panels were used to make up the video wall on stage. Photo credit: Harry Richards

In terms of the equipment package provided by PRG UK, the LED screens consisted of 48 Sqm of Black Onyx3 (3.5mm) screen panels for the IMAG and 54 Sqm of Black Onyx3 (3.5mm) screen panels, to make up the video wall behind where the bands were performing on stage. In terms of the Cameras and PPUs, the equipment supplied consisted of 2 x HXC-100 Cameras with 70x lenses, 1 x Panasonic HS400 PPU, 2 x Playback Pro machines and 2 x PPT/Keynote machines. To complete the video package, 2 x Barco E2 Master signal processors were provided along with 6 x DVI fibre kits and 3 x SDI-HD fibre kits. A total of five of our highly trained crew supported the event to assist with all of the band’s production team and the production manager's technical requirements both on stage throughout the performance and also to ensure that no technical glitches occurred on the night. The set was designed by Takis who provided his multi-disciplinary approach to enhance the focus on the visuals, in which he utilised the large scale video screens to draw attention to the artists performing on stage and to add context to the content displayed which provided a theatrical element to the production overall. 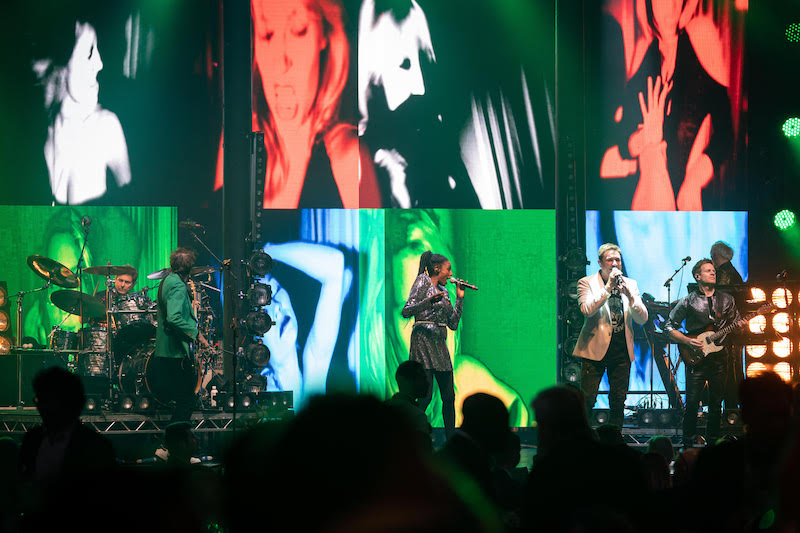 Speaking about PRG’s involvement with Centrepoint, Video Account Manager Nilkanth Patel commented about working with the Centrepoint team to bring all of the technical elements together­: "It was a pleasure working with Takis, Richard and the team at Centrepoint. I was really impressed with their can do attitude and the fantastic difference they are making towards homelessness in the UK. A vast amount of work was pulled off in a single day and even with time against all departments the program was a great success.” 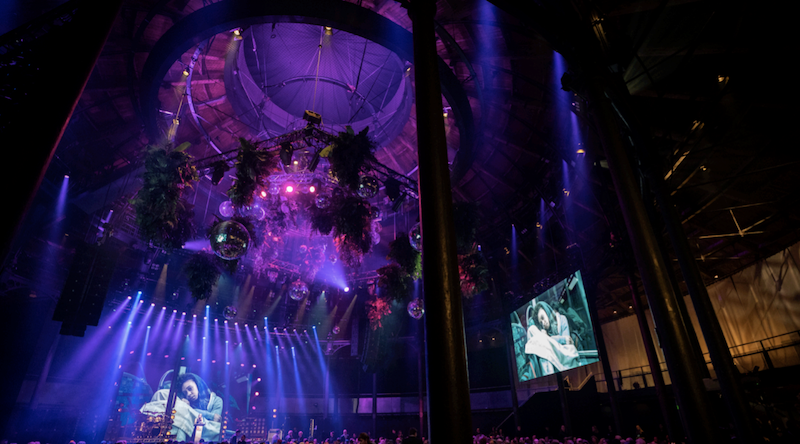 The incredible set design was by Takis who used PRG to provide the LED video screens to display the powerful emotional content on stage. Photo credit: Harry Richards