After a thrilling summer of shows returning in London and beyond, PRG UK are delighted to be back on stage in our hometown of Birmingham! What’s New Pussycat? is a new musical written by the Tony Award winning Joe DiPietro (Memphis The Musical), with a stellar creative team including director Luke Sheppard and legendary choreographer Dame Arlene Phillips.

As the only producing house in the second city, it is a privilege to be working alongside the team at Birmingham Repertory Theatre once again. Over the last 50 years, it’s has been home to countless iconic shows, many of which PRG has supported with lighting. It is fantastic to see another colourful, feel-good world-premiere gracing the stage of this beloved institution.

On his decision to bring PRG onboard for this production, production manager Simon Marlow said: “PRG are one of our go-to companies as over our many years working together we have come to expect excellent service on shows of all scales. As a production manager, PRG tick my two main boxes: they always make our designs work within budget, and they make my designers and electricians very happy!” 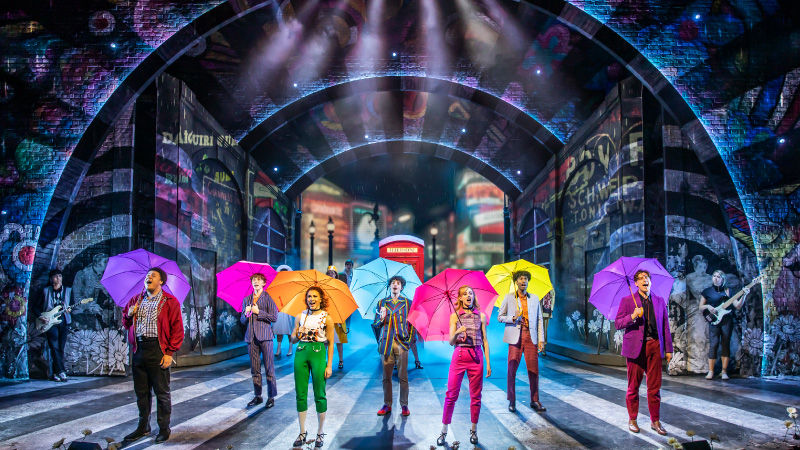 Working closely with lighting designer Howard Hudson and head of lighting at The Rep Alex Bosworth, PRG have provided several of our proprietary products to supplement the in-house equipment at the REP - including 37 Active ICON® Stage fixtures and our PRG Best Boy® HP follow spots.

On his collaboration with PRG on this project, Howard Hudson said: “Having previously used the PRG ICON® Stage and being very impressed by it, I knew that this was a fixture I’d like to return to and would sit very well alongside the rest of the rig. We also turned to PRG to provide a follow spot option. With space very limited, we needed a fixture which would have the necessary punch for a bright musical but would also fit within the space available. Account manager Ian Phillips suggested and demoed the Bad Boy® and Best Boy® 4000 HP range with the manually operated follow spot adaptor module. Alongside seeing the brightness and differences between both units, Alex Bosworth and I were able to better understand the follow spot adaptors which are a seriously impressive piece of kit - very responsive and easy to use. We settled on the Best Boy® option mainly for their size and the three units have fitted perfectly into the show. It was a pleasure to work alongside Ian and his team and it’s great to continue the long relationship PRG have had with the Rep over the years.” 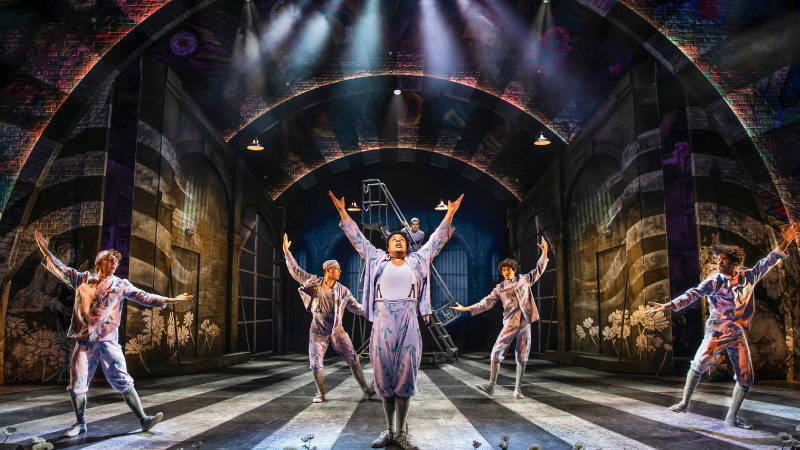 After a quiet two years in theatreland, What’s New Pussycat? delivers a sorely needed splash of colour back to the stage; combining a legendary story, a legendary songbook and a legendary theatre!